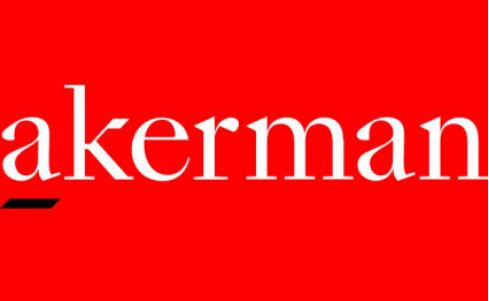 Akerman will host and sponsor the 2020 Leading Ladies in Real Estate Breakfast Series, presented by the New York Commercial Real Estate Women’s Network Inc. (NYCREW). The annual Leading Ladies of Real Estate Series features three women at the forefront of the commercial real estate industry in an intimate setting to hear about their paths to top. This month’s program will feature a presentation by Erika Meinhardt, Executive Vice President of Fidelity National Financial. NYCREW is dedicated to providing opportunities for women to achieve success in commercial real estate.

Erika Meinhardt is Executive Vice President for Fidelity National Financial, the largest title insurance company in the United States and ranked among the Fortune 500. Erika began her title insurance career in 1982 with Ticor Title and held a variety of roles within that company prior to its acquisition in 1991 by Chicago Title. Chicago Title was later acquired by Fidelity National Financial and in 2005 she was named President of the Company’s Agency Operations, a position she held until her semi-retirement at the end of 2017. She currently serves on the Board of Directors for Cannae Holdings, Inc., a publicly traded company and is a Trustee on the Georgia State University Foundation Board. She also volunteers as a coach for Girls on the Run and mentors students enrolled in WomenLead at Georgia State University. She received her Masters of Business Administration degree through Georgia State University’s Executive MBA program in 1998. Erika currently resides in Atlanta and Jacksonville, Florida. In her free-time, she enjoys being with family and exploring the world.